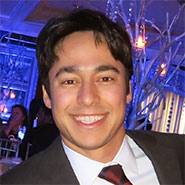 Eddie co‐founded and serves as President of the Board of MCW (Miracle Corners of the World), an NGO devoted to empowering youth to make positive change in their communities, with a special focus on Africa.

Eddie was appointed a Goodwill Ambassador for The New Partnership for Africa’s Development (NEPAD), the economic development program of the African Union in recognition of his service as Executive Director of the Africa Travel Association, a position he held for nearly a decade (2006-2015).

Eddie is also an adjunct instructor of social entrepreneurship at SUNY Stony Brook University. Eddie received his Masters from NYU’s Gallatin School of Individualized Study with a major in Social Entrepreneurship and his Bachelors in Hotel and Tourism Management from NYU’s Tisch Center for Hospitality, Tourism and Sports Management, where he was a Martin Luther King, Jr. Scholar.

Eddie serves on the advisory boards of NYU Africa House, NYU Tisch Center for Hospitality, and NYU Gallatin School of Individualized Study and has served on the boards of the Museum for African Art, the Rubin Museum of Art, the Synergos Institute, and Shared Interest.

He has received several humanitarian awards for his work, including the 2009 Ellis Island Medal of Honor. 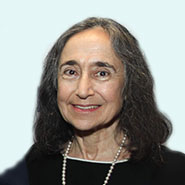 Dr. Marion Bergman was born and educated in South Africa and practiced Pulmonary Medicine and Critical Care in Patchogue, New York for 33 years.

During this time she directed Brookhaven Memorial Hospital’s Respiratory Care Services and served a term as Medical Staff President. In addition, Marion regularly mentored medical and international students and, along with her family, provided scholarship support for South African Health professionals from underprivileged backgrounds.

As an advocate for rural health and development in the developing world, Marion now directs Global Healthcare projects for MCW Global. In this capacity, Marion has played a leadership role in improving the state of oral health and building the capacity of health professionals in Tanzania.

Marion is currently an Adjunct Assistant Professor at NYU’s Rory Meyers College of Nursing. In addition she serves on several university health advisory boards, including the Kornberg Dental School at Temple University, the Johns Hopkins Bloomberg School of Public Health and the Medical School for International Health at Ben-Gurion University of the Negev.

Marion also serves as a trustee on several non-profit boards including the Global Child Dental Fund and Physicians for Human Rights.  She recently completed her term as a trustee of American Jewish World Service including Vice President. Marion is a member of the AJC’s Board of Governors, its Jacob Blaustein Institute for Human Rights and also currently chairs AJC’s Africa Institute. 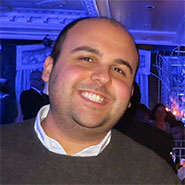 He has been involved with the organization since 2003, when he participated in his first Youth Leadership Retreat. He went on to coordinate and then lead seven retreats. Today, Khalid has overseen the expansion of MCW’s hallmark program — with 800+ graduates from 66 countries — into a year-long training initiative. He was also a driving force behind bringing the program to new locations, such as Kosovo and Egypt.

Over the years, Khalid has been instrumental in getting new initiatives off the ground, beginning with the creation of the Alumni Ventures Fund and the establishment of a community centre in Rwanda. Along the way, he has also managed MCW Global’s operations, finances, and partnerships, and provided strategic and organizational support to our Community Development and Oral Health Care programs in Africa. He also has a knack for all things digital.

Khalid majored in Middle Eastern & Islamic Studies at the College of Arts and Sciences at New York University. 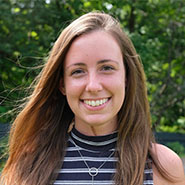 Regina first joined the MCW team as an intern in February 2013, when she explored grant, Internet and IT opportunities. She then coordinated the Oral Health Care Program in Tanzania, and managed the Young Leaders Program. As the current Director of Africa Programs, Regina oversees MCW’s Africa programs (Community Development and Oral Health Care).

Prior to MCW, Regina interned with the UN International Criminal Tribunal for Rwanda and was a researcher for a case submission to the African Union Courts on Human and Peoples Rights. She was a guest speaker at the 2011 UNICTR Capacity Building Program in Kigali, where she presented on US and universal Jurisdiction.

Regina has worked for different community development and social justice organizations in various capacities. She helped to launch Jijue, an HIV/AIDS Awareness Education Program in the greater Arusha area in 2011, she was the interim Community Outreach Director for Work For Progress in El Paso County, Colorado, and she interned with the Africa Program at Vital Voices Global Partnership in Washington, D.C.

Regina received her bachelor’s in international studies with a focus on globalization, development and human rights from Arcadia University. She is from the Philadelphia area, but has lived in France and Tanzania. 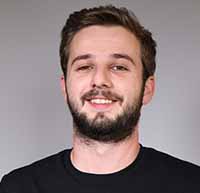 Leon graduated in Political Science from the University of Prishtina.  He is a passionate, hard-working social justice activist with a positive outlook. 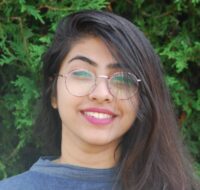 Anusha Somani has been involved with MCW Global since 2017, when she first attended MCW’s Young Leaders Access Program in 2017 as a mentee and returning as a mentor in 2019. In the summer of 2018, Anusha had the opportunity to intern with Miracle Corners Tanzania (MCT) for three months, where she conducted a community needs assessment in Arusha and also assisted the Country Manager in developing the organization’s 3-year strategic plan.  In 2019, Anusha joined the team as Coordinator of the Community Leaders in Africa Program and as of 2021, serves as Program Manager with Africa Programs.

For over four years, Anusha worked with various sectors (academia, NGOs) as a trainer and facilitator. It is this passion for developmental work that has not only led her to focus her undergraduate studies in Social Development and Policy but initiate her own social project called, ‘Shoulder Pat’, which aims to create a world where youth’s voices are heard. 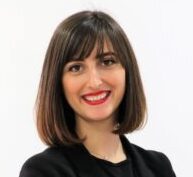 For over five years, Dhurata has been working in Kosovo’s youth development field, working with various non-profit organizations, where she led local and international exchanges, youth residential camps, and teacher capacity building trainings. As a creative person, curriculum and activity development are some of the main elements of her work. Dhurata believes in the impact of experiential learning, and her expertise has always been focused on this approach. Dhurata studied English Language and Literature at the University of Prishtina.

She is a passionate leader who seeks improvement in education, community service, and positive youth skill development. 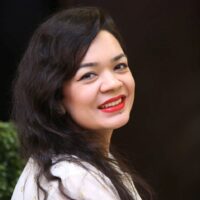 Noor is an alumna of the 2016 Young Leaders Access Program.  Since then, Noor has returned to serve as a mentor, co-lead mentor, and lead mentor trainer supporting the development of YLA’s mentor training curriculum.  Noor is Program Coordinator at Bargad with 5 years of experience in managing projects, proposal development, liaising with international donors and she has been serving as the focal person for advocacy and lobbying for the Right Here Right Now (RHRN) Network Pakistan chapter on behalf of Bargad. She has been a part of advocacy efforts at different international forums.

Noor’s career has evolved around different aspects of youth development in the past five years and she translated this experience into her postgraduate studies as well. The topic of her Master’s thesis was: “Engagement” as a way to harness the potential of the Pakistani Youth Bulge. She received a gold medal for scoring the highest CGPA in her batch for 2017-18 at FC College.

As a part-time team member, Noor will work closely with the YLP Director to support YLC.