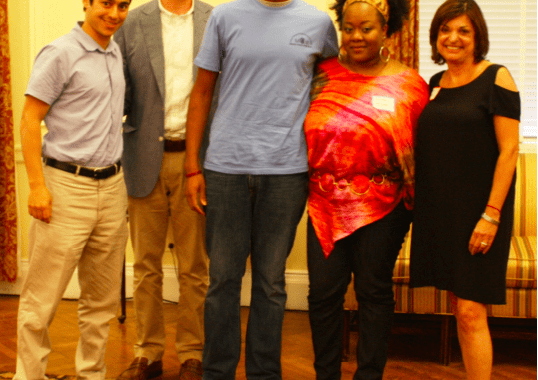 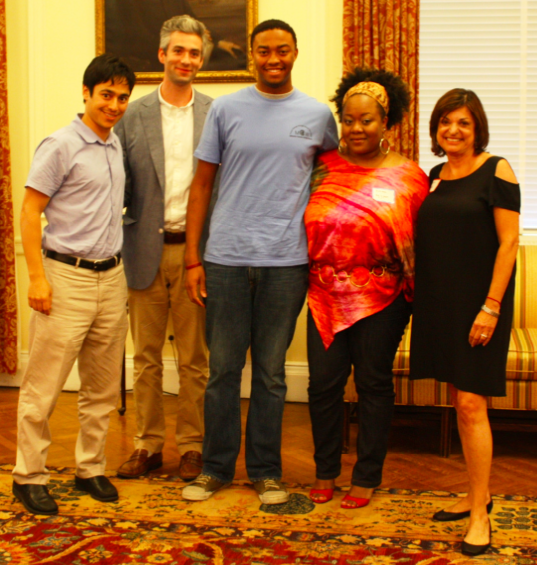 NEW YORK, August 21, 2009 – Miracle Corners of the World (MCW), a non profit that empowers youth to be leaders of change locally and globally, announced the names of the first grant recipients of the new MCW Alumni Ventures Fund. The announcement was made by Sharon Kess, chair of the new fund, on August 5 at MCW’s Open Doors Ceremony, an event marking the end of MCW’s annual youth leadership retreat program.

“I was thrilled to give out our first award to two amazing young people,” Mrs. Kess said at the end of the ceremony. “We had such a tremendous response about the Ventures Fund from new youth leadership graduates, as well as from the volunteers who want to be involved with this worthwhile cause. I look forward to continuing to help young people make their dreams come true.”

The two recipients will each receive a year of mentoring and a start-up grant to help turn their vision plans into concrete projects. A hallmark of MCW’s youth leadership retreat program, vision plans enable youth delegates, 16 to 18, to identify challenges in their own communities, imagine a solution and map out a course of action.

Selected by a panel of MCW board members, staff and fellows, this year’s winners are:

Vision plan: Amma plans to organize a multi-media event in her community that will raise awareness of the Lukumi culture and religion, as well as its rites of passage program.

“I’m especially excited about receiving a year’s worth of mentorship. Since we’re all volunteers, we will definitely appreciate help with event planning,” she said.

“My vision is bigger than me, so I know I’m going to need some help to get it off the ground,” he said.

Dr. Augustine Mahiga, Ambassador to the Tanzanian Permanent Mission to the United Nations, delivered the keynote address at the event. “MCW links grassroots community-based initiatives to the larger peace-building process, helping youth understand the role that they, as individuals and as members of civil society, play in building global understanding and international cooperation,” he said.

Youth delegates from Lusaka, Zambia, Hebron, West Bank, and New Jersey, also shared their vision plans with the audience of more than 100 friends and supporters of MCW. Delegates also performed a range of music and dance from around the world.

“Open Doors not only let the young participants show their individual hopes and dreams, but it also let them show how they can unite toward the common goal of making a positive impact in their community, as well as the world,” said Yasmin Elachi, the retreat co-coordinator.

In his opening remarks, Edward Bergman, MCW co-founder, welcomed the retreat graduates into MCW’s global network and announced the formation of a new MCW Alumni Network, representing more than 400 retreat alumni worldwide. He also thanked the MCW community for supporting “a new generation of talented young entrepreneurs, who will surely develop projects that will make a difference in people’s lives.”

This year’s retreat, held again at New York University and at Champlain College in Vermont, brought together 35 youth delegates and 23 mentors from more than a dozen countries including Bosnia and Herzegovina, China, Ghana, Israel, Italy, Kyrgyzstan, Nigeria, Palestine, Rwanda, South Africa, Tanzania, Uganda, and the United States. After a series of team building exercises, as well as interactive discussions with leaders from the diplomatic, non profit and corporate worlds on leadership and social responsibility, the mentors helped the delegates develop their own vision plans.

About Miracle Corners of the World (MCW)

Miracle Corners of the World (MCW) is a non-profit organization that empowers youth to become agents of change, to improve their lives and contribute to their communities. Based in New York, MCW serves youth worldwide through leadership training, community development, oral healthcare, and partner initiative programs since 1999. For more info, visit www.miraclecorners.org.