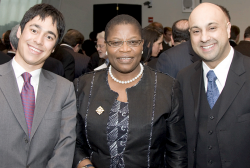 NEW YORK, NEW YORK – Miracle Corners of the World (MCW), a non-profit organization that empowers youth to be agents of change locally and globally, recognized the contributions of present and future leaders of social change at its fifth annual gala dinner on Wednesday April 1, 2009. At the event, MCW presented leadership awards to distinguished honorees in recognition of their outstanding work from which MCW draws inspiration. MCW also announced the establishment of the innovative MCW Alumni Ventures Fund that will give start-up grants and mentoring to young community leaders.

Ali Velshi, CNN’s chief business correspondent, received this year’s MCW Leadership Award in recognition of his efforts to educate viewers around the world on the basics of global finance, markets and economics and their interdependency.

“The [individual] in Africa who benefits from a MCW program may have nowhere else to go… The challenge that the MCW team will have, particularly in raising money in this environment, may mean that someone else isn’t getting that opportunity. And that is somebody who may become a contributor to the economy and hence a contributor to the world’s economy,” he said.

Velshi continued, “We need the recipients of MCW assistance to keep on getting it. We need to look at our world globally and understand that we have to stretch ourselves, to reach deeper into our own pockets to support our local charities and communities and to support our own long-term financial health… As hard as it’s been for us, it’s been a lot harder for others.” Velshi’s award corresponds with the publication of Gimme My Money Back: Your Guide to Beating the Financial Crisis, one of the first books out on the current financial crisis.

Despite the downturn, MCW reached its target for the evening, raising over $500,000 to support projects in the US, Rwanda, Sierra Leone, Tanzania and Zambia.

“The tireless dedication that our gala chairs and board members continue to show year after year gives us the confidence that even in these hard economic times, MCW can count on their support and friendship,” said Edward Bergman, MCW co-founder and Executive Director. “We are pleased to honor our award recipients and thank them for their ongoing support.”

Also at the gala, Steve Kess, Vice President of Global Professional Relations for Henry Schein, Inc., one of MCW’s corporate partners, introduced the MCW Alumni Ventures Fund to the audience.

“The fund is our opportunity to empower youth, now and into the future. We’re taking the spirit, the essence and the assets of MCW, which are the youth—many of whom are now in their mid to late twenties—and giving them a chance to fulfill their dreams by mentoring them and investing in their visions,” he said.

The new fund will provide micro grants to graduates of MCW’s annual week-long youth leadership retreat, enabling them to pursue social ventures in their communities. In addition to the start-up funding, recipients will be matched with an MCW mentor, who will help them develop and implement their venture plans, manage their finances, and monitor and evaluate their work.

“Today, so many young social entrepreneurs lack the access to financing and networks that can help them leverage their ambitions, skills, and resources,” said Bergman. “We are hopeful that this new program will address that challenge, and help create new opportunities for young people to make a measurable difference in their own communities and around the world.”

The annual fundraiser was held on Wednesday, April 1, 2009 at the Kimmel Center for University Life at New York University and attracted almost 400 guests from the private, public, non-profit sectors and diplomatic communities.

MCW also honored the people of Rwanda in recognition of their commitment to rebuild a peaceful and prosperous country after one of this century’s most tragic events. Awards were also presented to Anne Eiting Klamar, President and CEO of Midmark Corporation, and John Spencer, President of Dental Components International (DCI), in recognition of their leadership in helping to improve Tanzania’s oral healthcare system. Jacqueline Murekatete, the founder of MCW’s genocide prevention program, was recognized for her educational work and efforts to support the building of a new MCW youth leadership center in Rwanda, alongside a number of MCW field interns, who worked on projects in Rwanda and Tanzania in 2008.

About Miracle Corners of the World (MCW) Miracle Corners of the World (MCW) is a non-profit organization that empowers youth to become positive agents of change, to improve their lives and contribute to their communities. Based in New York, MCW serves youth worldwide through leadership training, community development, oral healthcare, and partner initiative programs. For more info on MCW, and for a transcript of Ali Velshi’s speech, visit www.miraclecorners.org. For more on MCW’s Alumni Venture Fund, visit http://www.miraclecorners.org/AlumniVentureProject.htm. To watch the video, visit http://www.youtube.com/miraclecorners. 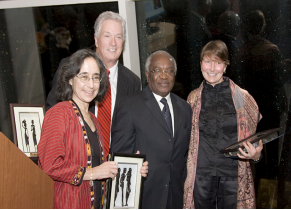 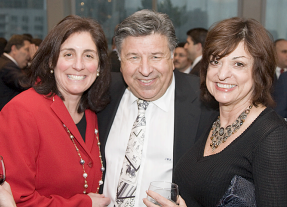 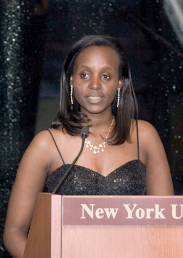 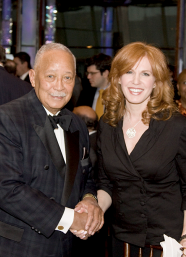