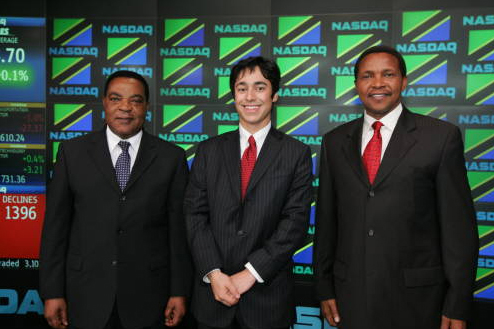 May 1, 2020 - We learned of the sudden passing today of H.E. Ambassador Mahiga. On behalf of MCW, our heartfelt condolences go out to his family during this time of grief and great sadness.

Ambassador Mahiga was instrumental in MCW’s Tanzania programs – especially when it came to our oral health care work.  With his support and vision, MCW organized a networking event in collaboration with Henry Schein Cares at the NASDAQ in Times Square, New York City in 2006 which served as the catalyst for all of MCW’s current oral health care programs in Tanzania.  It was at this event that connections were made leading to the refurbishment of MUHAS’s Dental School and subsequent projects – all of which have greatly improved access to oral health in Tanzania.

We know his passing is a huge loss for the country. We are confident though that he has left behind a great work ethic and legacy which will be emulated by his successor and peers.

Ambassador Mahiga Mahiga was a career diplomat who served Tanzania's permanent representative at the United Nations in New York City.