NEW YORK, July 7, 2008 – Miracle Corners of the World (MCW), a New York-based nonprofit, will bring together over 55 youth from around the world for its 11th Youth Leadership Retreat in New York City and Burlington, Vermont. The week-long program, which aims to empower youth to turn their personal dreams into reality, begins July 13 and ends July 18.

Participants between the ages of 16 to 18, representing diverse areas such as Bosnia, China, Guyana, Haiti, India, Israel, Palestine, Nigeria, Rwanda, Tanzania, and the U.S., as well as the Native American community in the U.S., will take part in this year’s retreat.

“The diversity of this year’s group, in comparison to past years, will give youth leaders a stronger opportunity to take part in a cultural exchange,” said Khalid Elachi, MCW 2008 Retreat Director. “They will not only be able to learn from the retreat itself, but also from each other.”

Mentors, past retreat participants, will guide the youth and help them prepare their own vision plans, highlighting a challenge in their own community and proposing ways to address it.

“Both, mentors and youth leaders learn from one another,” said retreat mentor Shawn Crosby, 18. With guidance gained from past retreats, Shawn used his vision plan to establish American Children’s Organization (TACO) in Cleveland, Ohio.

“The organization is designed to empower and enrich promising students by giving them leadership skills,” explained Crosby.

To prepare for the arrival of the youth, MCW board members, volunteers and mentors will first meet at New York University to discuss the retreat’s goals and ways to communicate effectively with each other and the participants. Ideas on how to help the youth prepare vision plans are also part of the discussion.

The next day, participants will board a bus in New York and head to Champlain College in Burlington. Participants will then take part in team building activities, discuss their community’s challenges, and attend workshops led by community leaders, including Ben and Jerry’s Social Mission Coordinator Andrew Barker and Rwandan genocide survivor Jacqueline Murekatete. The youth will also tour the Rubin Museum of Art of the Himalayas, where they will focus on the link between art and social entrepreneurship.

“Over the years, MCW has continued its tradition of providing young leaders with a way to improve communication, networking, and social entrepreneurship skills,” said MCW co-founder Eddie Bergman. “By welcoming new participants and bringing back alumni from past MCW retreats to facilitate, we hope to continue to empower youth leaders in local communities, as well as global communities.

The retreat will end with its annual Open Doors ceremony at New York University’s Kimmel Center. Family, friends, and supporters from the private, public and nonprofit sectors will gather to learn from the youth about their experience at the retreat and their vision for their community, as well as enjoy performances that express unity among the participants.

About Miracle Corners of the World (MCW)

Founded in 1999, Miracle Corners of the World (MCW) is a non-profit organization serving youth worldwide, primarily through leadership, community development, and healthcare programs, as well as partner initiate projects. MCW empowers youth to become positive agents of change, to improve their lives and contribute to their own communities. To achieve its mission, MCW uses entrepreneurial approaches to benefit youth worldwide, working closely with a global network of friends, volunteers, and supporters from the public, private, and non-profit sectors. For more information, visit us at www.miraclecorners.org. 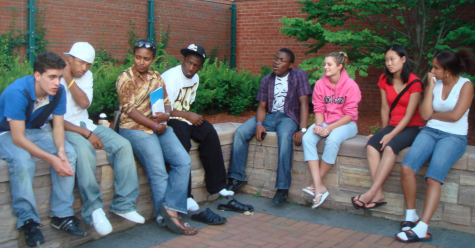 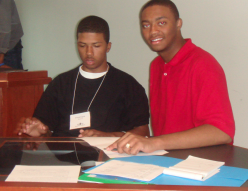